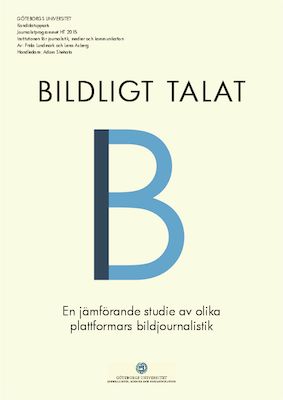 This thesis is a comparative study of photo journalism in different platforms, online versus printed newspapers. The sample used consists of four Swedish newspapers: Gefle Dagblad, Norrköpings Tidningar, Nerikes Allehanda and Borås Tidning. The digital media landscape and the adaptation of news-matter to match different platforms have entailed both possibilities and limitations. One possibility is to offer a diversified photo content in different media outlets and to make use of the features of online platforms in terms of interactivity and the potential to include more material. The limitations constitute of a more formatted layout and a high work rate, increasing the individual workload for journalists. The purpose of this thesis is to research how the possibilities and limitations of multi-platform publishing have affected photo journalism. The photo content of 599 news articles, both online and printed versions, have been analyzed in order to compare the difference between the two platforms. Three main areas have been compared: space, variation and origin. The study shows that the mentioned areas of photo journalism, to some extent, differ between the two platforms – printed newspaper and online. However, the difference is small. The newspapers in this study do not vary the photo content on different platforms to a large extent, even though it could encourage people to continue to read articles both online and in the printed newspaper. The articles online contain more photos on average. At the same time, the share of articles containing a photo is higher on the online platform compared to the printed newspaper. However, one of four articles does not contain a photo at all, which is notable since previous research shows that the use of photos generally increase reading. The online articles in the sample only include two types of multimedia elements, slideshows and moving pictures. One or both of these elements are used in 20 percent of all articles in the sample. Again, this shows that the potential of the online platform is not fully utilized. Above all, we believe that photo journalism could benefit from a higher use of moving pictures since this element is best at conveying feelings.